These magnificent tables are known as rain drums for both the fertility images depicted in the design and for the unique sound they make when struck by the heavy monsoon rains of Southeast Asia. The drum shapes replicate huge bronze artifacts manufactured over thousands of years by the Dong-son civilization in Southeast Asia.

A radiating raised sun pattern in the center of the drum head is surrounded by concentric rings of geometric pat terns moving toword the edge. Four triple frog embellishments are suitable for supporting a glass top, thereby allowing the drum to be used as a table.

The sides are decorated with leaf images and three small elephants climb up the side. The 13 by 18 drum has a smooth top (no frogs) because it is often used as a stool. These images are cast bronze, handmade in Thailand by traditional methods.

Dating as far back as 1000 BC, the Dong Son culture of Vietnam was arguably the earliest civilization in Southeast Asia to enter the Bronze Age. In some of the most ancient burial sites of this culture are examples of these cast bronze drums. Over the next three millennia they spread throughout the area and stylistic variations were created by artists from Indonesia to Burma and southern China. In primitive societies, ownership of these drums, which were also used in religious ceremonies, implied influence over hidden forces believed to govern events, as well as providing a status symbol signifying material wealth for those powerful families able to afford large cast bronze pieces. Some civilizations may have pounded the drums to multiply the sound created by armies on the march in order to frighten and impress enemies. 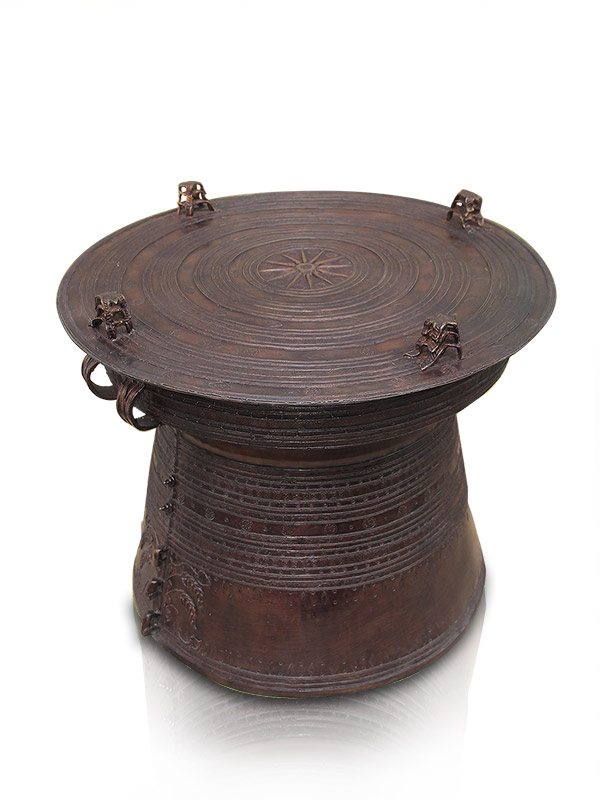 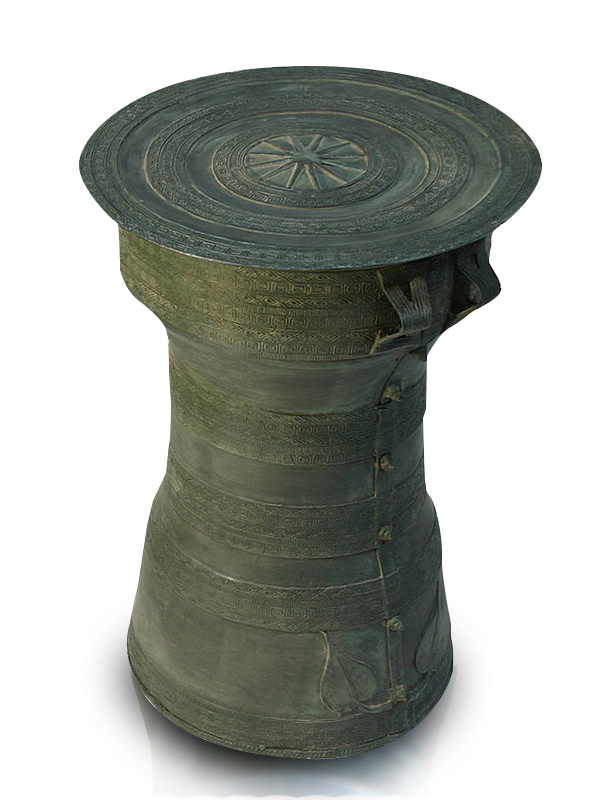 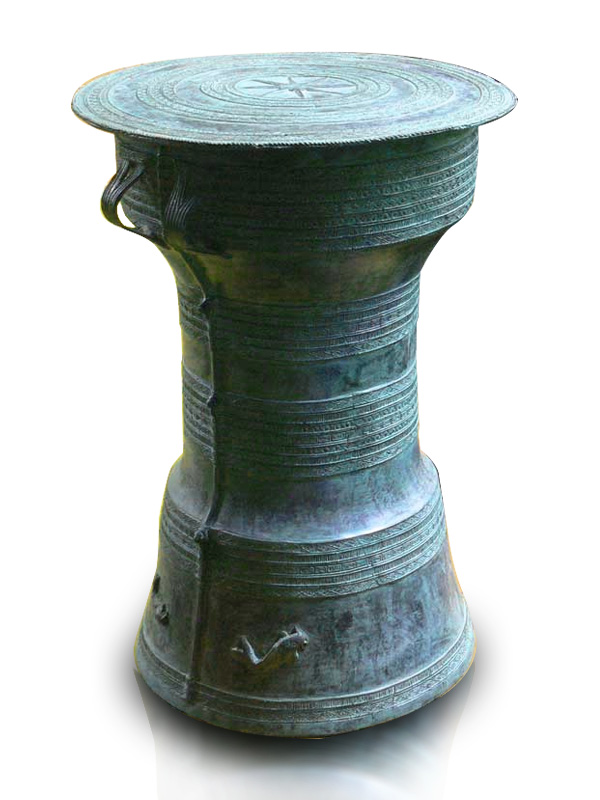 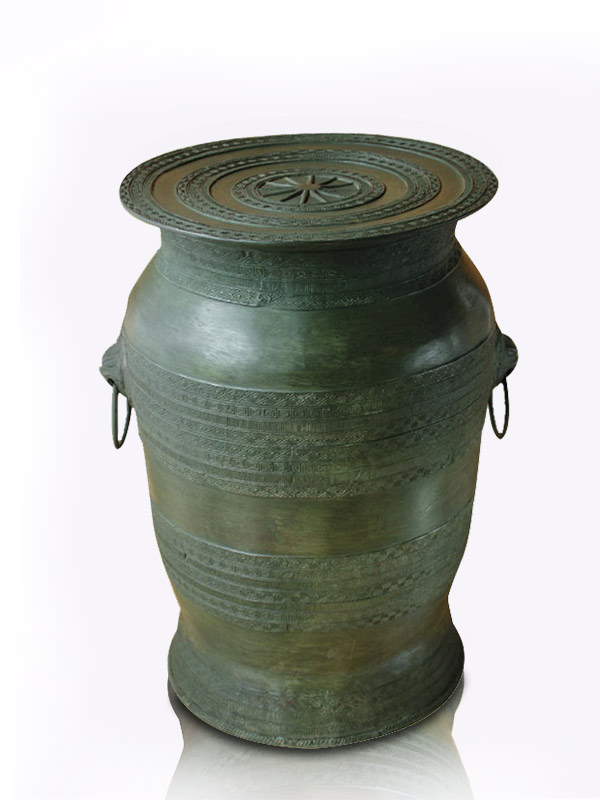